It has been an interesting couple of months for property investors. In particular, in the last few weeks we have seen the media jump on the bandwagon slamming the state of the investor property market. 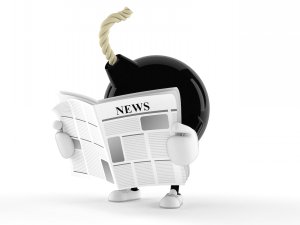 To add fuel to this comment fest surrounding the state of the investment property market the Reserve Bank of Australia has weighed in with comments to reinforce the messages that the government and other authorities want the property market to slow down.

“The risks surrounding housing and mortgage markets seem higher than average at present,” the Reserve Bank said in its biannual Financial Stability Review.

“These risks do appear to be comfortably manageable at this stage, but they underscore the need to maintain sound lending standards.”

In September, the lending standards governed by the Australian Prudential Regulation Authority (APRA) were changed resulting in slower investor demand for housing.

This has now become international news with the US media channel CNBC reporting as follows:

“Australia’s central bank on Friday warned lending standards for home loans had been looser than first thought, adding to the risks of an eventual downturn in the housing market.

The Reserve Bank of Australia (RBA) said the recent tightening of standards by regulators seemed to be leading to a welcome slowdown in investor demand and a cooling in the red hot markets of Sydney and Melbourne.

Yet it emphasised that banks were on notice to keep their standards “permanently” strong across both the residential and commercial sectors.”

Now one might ask why are the authorities so concerned about this booming property market. After all its just another market that will have rises and falls.

One simple answer is that they may be concerned about housing affordability for their voters. Housing prices have risen and done so at unsustainable rates. The following chart highlights how Sydney and Melbourne have both risen at exponential rates while Canberra, Brisbane and Adelaide have risen modestly, and Perth has gone backwards marginally in recent times. 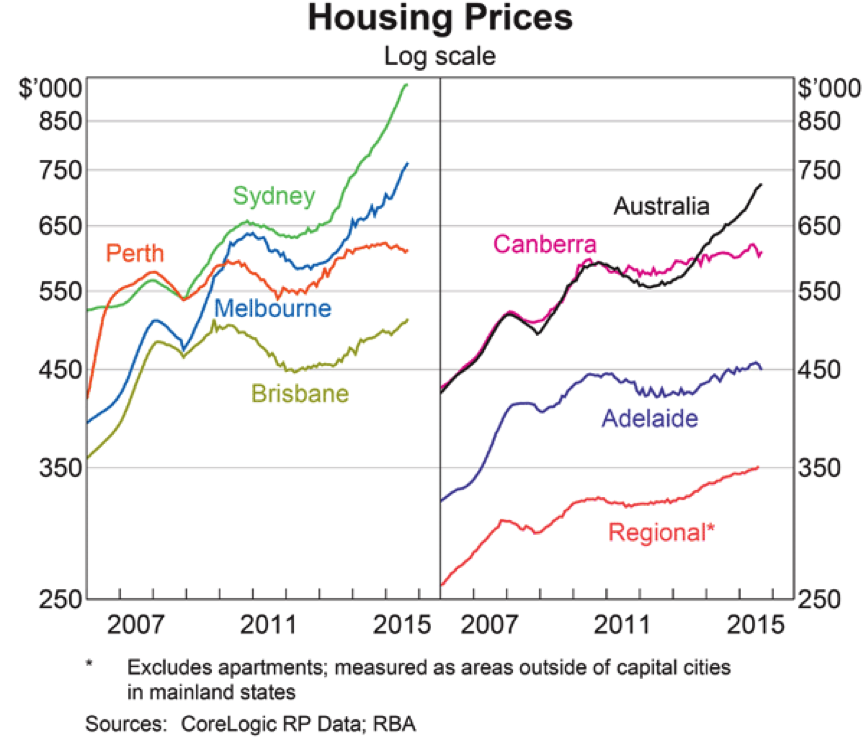 The other reason the authorities may be jawboning the property market down is to cool certain segments of the market. If we look at the establishment of higher density dwellings (i.e. units off the plan) we see a dramatic rise in building approvals. At the same time detached houses have been flat in production this year.

One should be a bit skeptical about the motivations of the RBA. Logic suggests that if a market it left to be priced on supply and demand, prices will rise and fall should there be imbalances.

The dramatic rise in higher density housing can only be a good thing for housing affordability, surely? More stock implies prices will rise less fast, stagnate or even fall! 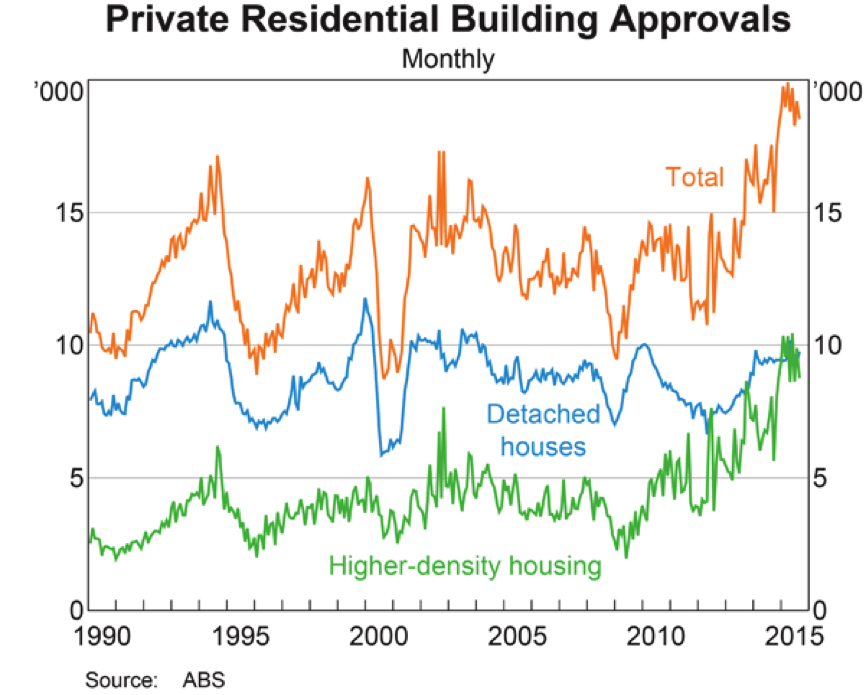 Another reason the RBA may be pushing for a property market slow down is that the lending to the investment market has been rising too quickly. The next chart shows the rapid rise of lending for investment properties. 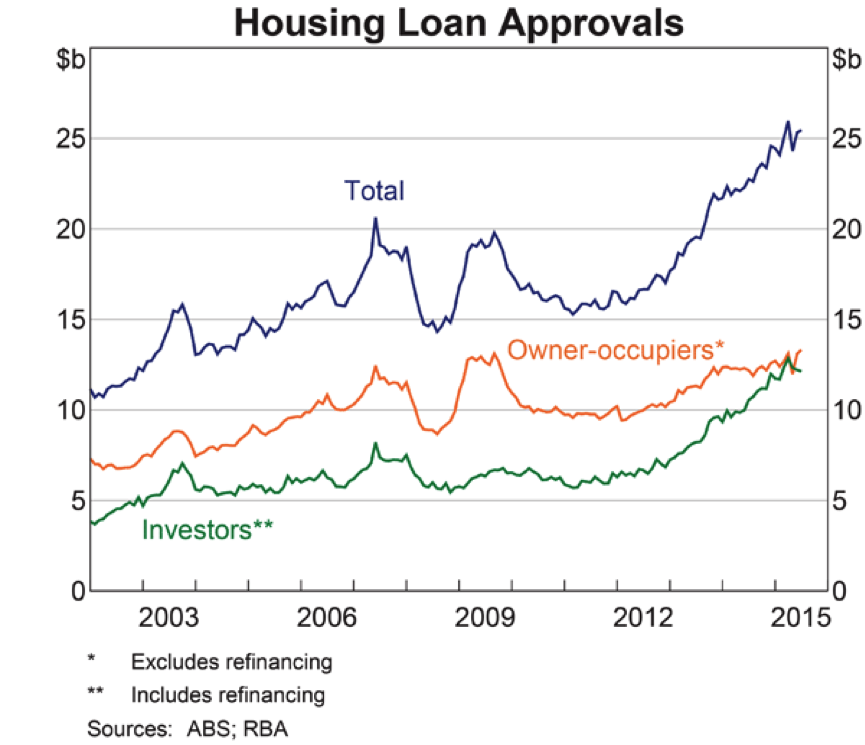 We could also be cynical and suggest that the RBA does not care about the property market at all. In fact, the only reason that these authorities are wanting to cool the investor property market is that they want to be able to drop interest rates further if needs be without seeming irresponsible about a booming property market. Are they worried about the state of the economy?

They cannot drop interest rates when a booming property market is afoot as this would be like throwing petrol on a fire. But if the property market is cooling off they have options. Some commentators are suggesting that economic growth is weak, and without some stimulus Australia may fall into a recession.

When the national accounts were released in early September the SMH stated:

“A sharp fall in national income has all but obliterated economic growth, pushing down income per head by the most since the global financial crisis and delivering headline growth of just 0.2 per cent.

“The best measure of living standards, real net national disposable income per head, slid 1.2 per cent in the three months to June, the biggest slide since the global financial crisis and the 1990s and early 1980s recessions and the mid 1970s oil crisis.

“It’s the fifth consecutive slide in real net disposable income per head. It is now 5 per cent below its peak at the height of the mining boom in 2011.”

So there may be real reasons for the talking down of the property market, some that they are not directly talking about.  Should their worst fear prove true and the economy continue to slow we should see a further drop in interest rates which will be positive for the property market.