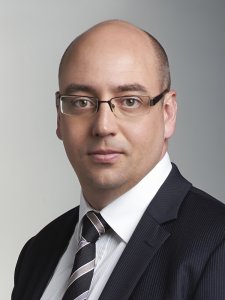 With a strong background in real estate starting in his uncle’s Brisbane real estate office in 1997, his passion for the real estate industry has never waned.

In fact as a junior he was expected to find the leads for the sales people in the office. Then sell if the sales person was unable to attend a buyer viewing.

This was a great lesson as he has always been able to find seller leads in any market, any economic climate and in any area.

Moving to Sydney in 1999 saw Barry with his skills develop into one of Balmain’s leading real estate agents. His reputation for honesty and integrity ensured that he developed a good referral base.

However he thought to himself, he was making all this money for his boss and developing his boss’s business and only getting a small percentage of the commission after all the deductions were taken out.

Sure his boss provided him with a small salary (which was paid from commissions he earned), desk and admin support but he had to find his own seller leads to sell. His boss rarely gave out listing leads.

Frustrated and a little disillusioned about how agents were paid he was in a position to retire at the agent of 23. He traveled around the world with his girlfriend (now his wife Belinda) to think about his future. Six months into a planned 12 month world trip, Barry became bored with self serving everyday and wanted to give back.

Returning to Australia with a business idea capitalising on his lead generation strength he set up a company giving seminars and helping agents find seller leads using systems and strategies he had developed.

Barry said after helping other agents implement the strategies he was teaching, he noticed that many students would not implement or follow through on what they were being taught. With this understanding he closed the coaching and training business to focus on building a platform that would have all the systems and strategies developed and implemented for successful agents to help them step into their own business and keep a fairer proportion of the monetary proceeds.

After personally listing and selling hundreds of properties successfully (both buyers and sellers happy with the experience and often selling properties other agents could not sell) all around Sydney, it was encouraging to see the  systems were working as people were listing and selling with him regardless of being a well known or high profile agent within any area. Many of these clients tried to sell with the “High Profile or Active” agents in the area first and after successfully getting their property sold with Barry and Ozway they were also providing insightful video references to help other property sellers avoid the mistakes they had made with the “Active” local agents.

But more work had to be done as far as allowing agents to easily plug into what was developed.

Barry’s unique knowledge of technology and systems coupled with understanding what agents need as far as support goes, saw him develop a new real estate business model that is not only appealing to the single operator but also for established offices.

Barry said the journey has been difficult as what was being built was new and had never been tested.

Challenging, yes. But it’s been worth it as his vision is not only to help agents step into their own business but to encourage all agents to give great service from start to end for both sellers and buyers to transform the real estate experience for buyers, sellers and agents.